She walked with her legs heavy and her soul down. The air was cold and sharp and stung the inside of her nose as she took a deep breath. The sun was hanging low in the sky. In the gloomy path of her shadows, she found her footsteps moving forward. She stared at them as they found her from behind, trapping her feet into chains from which she could no longer escape. In a way like time does, her heart had creased with the same mistakes and the sidewalk caught her every step gently, as if to say that it felt her pain.

He grows grass —not every blade the same but they remain loyal to to His remembrance. She was not like the righteous ones but she was also His Creation. She plucked a blade of bright green grass and the earthen fragrance edged her with hope of a new beginning. She looked at her hands as tiny drops of water from the pure sky started to fall upon her skin. Her skies were made of fire; they burned her heart every time she ran out of water and her pleas were too silent for anyone to hear. Some things are better left unsaid, but secrets to your Lord are keys to success. Every time her eyes welled up with tears, the rims of her eyes grew thick with pretense and nothing flowed.

Now her heart was pressed by distress and her chest was pressed by a lack of breath. Heavy rain soaked her to her core and she let the tears flow onto her cheeks, crying with the rain. Where the clouds had come from, they had carried their sorrow—to share with her the failures of the past, killing her hopes of tomorrow. But the sender of the clouds, she knew was Al-‘Affuw, the Forgiver; He washes away the shame that makes you unbearably insane.

She turned a corner, now closer to her destination. The big gray mass loomed overhead like a threat telling her that she’d be struck again one more time. The downpour was starting to get colder, like the mass in her chest. Her steps were slowed by contemplation even though she needed more than ever to walk faster, thoughts circling until they reverberated with the thunder. But the skies do not only carry threats; they carry mercy. Her Lord had promised her gardens underneath which rivers flow if only she tried hard to be worthy. Water. Another mention of it.

There were way too many reasons for her to be standing here right now, a few spaces away from the place of prostration. She looked straight ahead from where the voice called “Allahu Akbar” and that’s when she began to run. The beige walls blurred in her eyes, looking like a sandstorm interrupting the gray sky. She ran with a vigor that only she could understand—towards salvation. Flee to Allah, she had learnt.
Flee to Allah.

The words echoed in her mind with a voice so alive that it drowned her despair under new threads of light. Her feet didn’t stop until they touched the white tiles, and the door flung open by her trembling hands as she stepped with slippery shoes into the place her soul called home. A spiritual desire rising in her heart pulled her head down to her Lord as she sobbed, and only He knows how long she sobbed for. Tears soaking the red carpet, she laid her head there and closed her eyes in a moment of forever. “My Lord, forgive me.”

Words bleak but heart drenched in emotion, she tried hard to remain fastened on repentance. Guilt, she had. Resolution was an enemy that liked to slip away fast. But she knew her Lord was listening.

Sins dropping, she almost felt them. Ethereal cleansing, burdens lifting—her soul was becoming pure again. Clinging dirt had lost its hope and the devils forgot how to make it work. Whispers, whispers, she almost caught them. The angels saying “Mubarak,” she almost heard them. Smiles from her Lord, she almost felt them. She dreamt right there of angel’s wings, of cool breezes, of heaven’s musk. She saw some angels bring a soft white cloth: a pure white—a fine, distilled composition of threads while their faces illuminated like moonlight.

“Come to success,” echoed the voice in the distance. And so, she glided.

Shahin studies English at George Mason University in Fairfax, VA and Islamic Studies with AlMaghrib Institute and Prophetic Guidance. She enjoys reading, writing, blogging, and learning Arabic. She is in love with words, particularly poetry and likes to think deep about the human condition. An enthusiast for the preservation of traditional languages and the reformation of cultures. Literally learning new things every day, teaching is her passion and her mission. MYM is a platform that allows her to first learn from others' perspectives, and then to use her insight and experiences to benefit others. 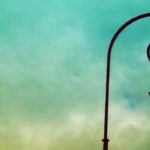 The Purpose of Optimism 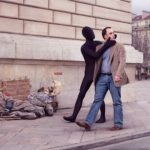 At the Heart of it All 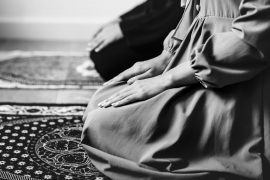 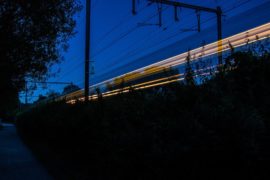 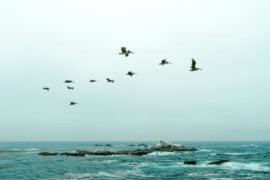