While we go about living our daily lives, caught up in the speed and realness of each moment, an occasional “oh my Allah!” moment interrupts, reminding us to step back and reassess our situation. Reality dawns upon us, and we suddenly find ourselves at a loss of hope because of our sins.

All of this is due to our choosing to live in the moment instead of living for this moment and all the rest. We find ourselves being lackadaisical and insincere when we want to repent. We begin to lose faith in Allah and His decree. We gradually slack off in our good deeds, and then finally come to the dismal conclusion that we’ve lurked too far in sins to return to guidance.

For those of us who share these same sentiments, here’s a divine message of hope and relief from our Master:

“And indeed, I am the perpetual forgiver to whoever repented, had faith, and performed a righteous deed. Then he is guided.” (Surah Ţāhā 20:82).

In this one verse, we find so many lessons that have the potential to lift us from our prison of deviance and help us find the key to forgiveness. We only need to take heed.

When beginning the verse, Allah uses two forms of emphasis to show the importance of what He is about to say. He firstly uses inna (إنّ), which essentially means “most definitely, without a doubt!” He then uses lām al-ta’kīd (لام التأكيد), which conveys a similar meaning of inna (إنّ) and further emphasizes the ensuing message.

Allah then refers to Himself as Ghaffār (غفّار). Grammatically, Ghaffār (غفّار) is a hyperbolized noun, which denotes that Allah is perpetually and constantly forgiving and looking over faults. In the study of Qur’ānic rhetoric (balāghah), the use of a verb instead of a noun usually denotes an action which will eventually come to rest and subside. But when a word is used as a noun instead of as a verb, then it means it is constantly happening without any end. We sometimes forgive and we sometimes forget, but Allah forgives and forgives and forgives. The stem of His mercy is like water whose flow does not ebb.

Immediately after Allah mentions He is Ghaffār (غفّار), He explains who are eligible for His forgiveness: tāb (تاب – the one who has sincerely repented), āman (آمن – the one who believed), and lastly, ‘amal (عمل – performed an act of good). Allah finishes the verse by saying those are the ones who are guided.

In summary, Allah’s mercy is so vast that He is capable of forgiving us no matter how much we may have sinned. Though we keep promising to Him that we’ll stop and yet persist in our vain desires, Allah (glorified and exalted be He) continues to shower us with his forgiveness. In fact, He wants us to repent even if we later end up committing that same sin again! Even if we had faith in Allah one day, and the next day it sort of faded out, Allah keeps on forgiving us. Even if we didn’t perform that many deeds, Allah continues to forgive us. At the end of the day, when we haphazardly demonstrate our insincere repentance, try to believe with our weak faith, and act with barely any good deeds, Allah still puts us on the path of guidance, subhānAllāh (glory be to Allah).

This is the essence of Allah being Ghaffār (غفّار) to us.

To add to this amazement, Allah mentioned the tribe of Isra’īl before this verse. In the Qur’ān, Allah dedicates most of the stories of revelation to them, their dealings with Musa, and the numerous crimes they committed. Besides Fir’awn and those like him, not a single nation’s mistakes are mentioned more than the tribe of Isra’īl. Even with a flawed record such as theirs, Allah mentioned this verse, demonstrating to us His mercy and how it was even shown to them!

Whether we may know it or not, Allah is more merciful to us than anybody else, even more so than our own loving mothers. When we made mistakes as children, our mothers smiled and kept giving us chance after chance. Allah’s capacity for forgiveness does not even compare. As long as we request, beg, and ask of Him continuously and constantly, we will always be under Allah’s guidance. All we have to do then, is try.
May Allah give us the ability to be better Muslims who will serve His religion in whatever capacity we can. May He give us the ability to turn to Him with sincere repentance, a strong heart devoted to loving and believing in Him, and actions which benefit us in the Hereafter. Āmīn.

Nihal Khan is currently pursuing a dual Master's degree student focusing on Islamic Law and Theology at Nadwatul 'Ulama in Lucknow, India and Religious Studies at the Hartford Seminary in Connecticut. He was born and raised in New Jersey and holds a bachelor's degree in Psychology and a minor in Business from Montclair State University and a diploma in Arabic from Bayyinah Institute's Dream Program. He began memorizing the Qur’an at Darul Uloom New York and finished at the age of seventeen at the Saut al-Furqan Academy in Teaneck, New Jersey. He went on to lead taraweeh every year since then. Along with his education, Nihal has worked in various capacities in the Muslim community as an assistant Imam, youth director, and a Muslim Chaplain at a correctional facility. 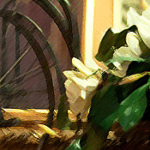 Everything As It Seems 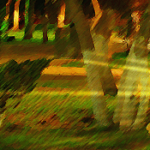 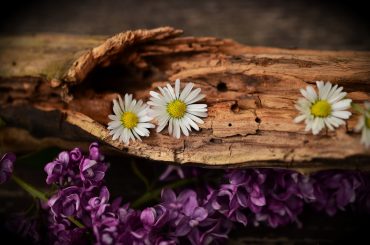 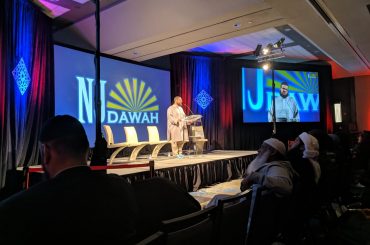 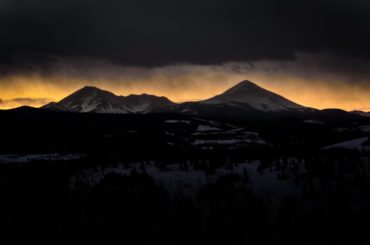