Each time, it’s hard to explain. I don’t even know where to begin.

I’ll say this. If I was to plan a trip on my own, aiming for it to be just perfect, I wouldn’t have been able to plan half of what happened in the last few weeks. From the inspiring company of friends who happened to go for Hajj the same year, to the grueling walks in the hot weather that broke me physically and emotionally, to the peace and serenity we felt entering the City of the Prophet, this trip had it all.

I often remember trip through a few key memories. For this journey, the memories came in the form of specific themes. Several times throughout, I was reminded:

1. Our deepest wishes can come true if we have full confidence in Allah that He will make them come true.

I will never forget as we completed the Umrah and our guide, Shaykh Mikaeel Smith, advised us that night in a halaqah to keep one Dua in our hearts that we truly, earnestly want to have answered so that we are ready to cry and make dua regularly. He then shared a personal example:

“For me, that Dua is that Allah guides my mom to Islam. I cried and made dua today when I heard the verses in Salatul Maghrib that it is only Allah who guides.”

We were quiet upon hearing that and made dua as well for his mother.

Moments later, we can’t believe what just happened. He sends us a text as we’re in our rooms:

“Guys alhamdullilah my mother just said, ‏لا اله الا الله via FaceTime. Absolutely amazing and unbelievable. Open your heart for dua nothing is impossible for Allah.”

All I could ask myself after this miraculous event is: what dua of mine is too impossible to ask for?

In Makkah, as we ran between Safa and Marwa like Hajar (رضي الله عنها) did, drank from the well of Zamzam like Prophet Isma’il (عليه السلام) did, and prayed behind the Station of Ibrahim like Prophet Muhammad ﷺ did, I reflected that these rites were a reminder of duas and desires that were answered by Allah. Their yearning led to the peace of a mother, the comfort of a child, the elevation of a Prophet. The movement of millions.

In Madinah, as we said our salah and salam upon the Prophet ﷺ in his mosque, we were reminded that Allah presents our greetings to the Prophet. And just as surely as those prayers make it to him, our duas are most definitely heard and answered in one way or another by The All-Hearing.

2. Every situation is what you make of it

When we first walked into the cramped quarters of our Mina tent, all of us just looked around, trying to make sense of our accommodations. The silence ended a moment later with the laughter of a few brothers as they put their stuff down, laid down, and joked, “All right, now we’re living it up!” A Shaykh called out from the other side of the tent, “Smile everyone! You’re at Hajj!” And just like that, all the tension dissipated and everybody was filled with smiles as we made the most of where we were.

As we later made our way to the rocky plains of Muzdalifah to stay the night, Sh. Mikaeel shared a verse from the Qur’an about the sacred place: “Then depart from the place from where [all] the people depart…” (2:199). He shared with us that this verse was in response to the pagan Quraysh, who used to skip Muzdalifah in the rites of Hajj because they felt they were too good to camp out with everyone. In stark contrast, Allah commanded us as Muslims to stay the night at Muzdalifah so that we are just like everyone. So that we are humble, we remember where we came from, we focus on where we’re going back to, and we are patient and make the best of every situation.

3. You can lose yourself in the midst of many people.

Right before this trip, I was feeling overwhelmed with expectations and responsibilities from colleagues, family, friends, and others. I was worried the same would happen again at Hajj since I came with my wife and friends, but Sh. Mikaeel said something on the first day that put it all into perspective:

“Find alone time with Allah in the midst of millions around you. It’s easy to be anonymous when you don’t know everyone around you.”

As we began our first group Tawaf, he disappeared into the throngs of people, only appearing as we finished our last circuit.

It was true. I could become quiet and reflect as the hubbub of activity swirled around me. I could be in the eye of the storm as it threatened to overtake me. I could put aside my worries of the dunya as I spoke privately to Allah. After all, I was not the one in control. Allah is. All this time, I was giving so much power to others around me, thinking I needed to always be on my phone or responding to someone, when I really needed to just focus on pleasing Him. And so, even though I was deprived of personal space for two weeks, I found sweet solitude with the Subtle.

“How was Hajj?”
After reflecting, all I can say is, it was unreal. Life changing. Amazing. 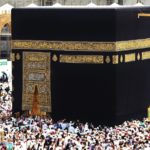 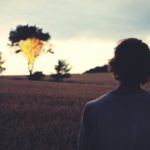 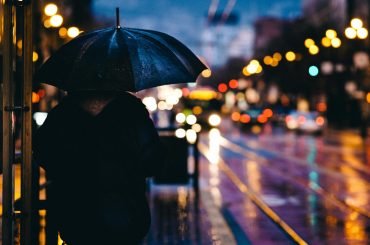 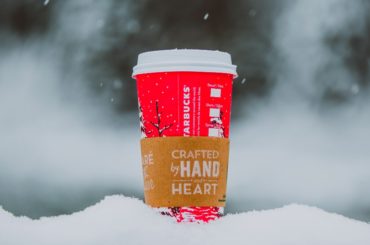 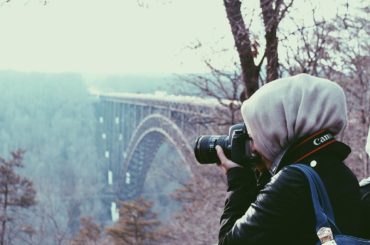