They are people who refine themselves.

They know that if their hearts do not bow in humility to Him now, then their bodies never will. The heart is the king while the body is an army of soldiers- it will obey the commands of its leader. If the king is power-driven, blood-thirsty and corrupt, the soldiers will be obliged to fulfill its nasty objectives. If the king is noble, lofty and just, the soldiers will be a witness to these objectives.

Faith thrives and breathes in those hearts while the bodies receive eccentric energy; persistent in worship; bowing, prostrating, holding back some and moving forward some.

She rode the bumpy “Khalid” bus everyday to Makkah, the city of hope… earplugs in, tiny realizations sending shockwaves of Iman boosts through her body as she desperately tried to decipher the depths of the scholar Ibn ‘Uthaymeen and his explanations while daydreaming of her father’s library back home where she would spend hours turning pages, greedily breathing in the wonderful musty smells of Sihahs (authentic books of Hadith) and Mu’jams (dictionaries) and Tafasir (Qur’anic interpretations), feeling thrilled by the words “‘Ilm Ar-Rijaal” (Narrators of Hadith) and “Uloom Al Qur’an” (Sciences of the Qur’an), fueled by Mutanabi’s “khayru jaleesin fil zamaani kitabu” (“The greatest companion in life is the book”), yearning for a life of truth and wisdom…

They know that the sole purpose of their hearts is to know, love and obey Him. When dark clouds of doubt and desire creep in, they hasten to seek refuge with their only Refuge-Al Samad.

There is an emptiness in their hearts- a deep, dark void that is so vast and barren that no one but He can encompass and satisfy it.

There is a disease in their hearts- a destructive, gnawing illness that can never be healed and cured except through pure, unadulterated reliance on Him.

They are horrified by the thought of ignorance and heedlessness because it is to them the worst of punishments- they fear becoming the living dead.

They are like new pieces of mined gold that haven’t been purified yet, so they go through extreme high pressures and extreme high temperatures, gold dust swirling in the air around them; they’re finally purified from the excess metal. They emerge as bars of pure gold on display for the oblivious world to see. The oblivious world that can only gasp and gawk at its blinding beauty because they are conveniently unaware of the struggles it went through.

She saw herself sitting on the kitchen floor. Holding on to her baby for dear life. Her baby. Their baby. If only he hadn’t gone out to buy milk at that moment…if only she had stopped him… People from her community were buzzing around her apartment in Makkah, the city of solace. Sisters bent next to her whispering words of reassurance and telling her “As Sabr ‘Ind As Sadmatal Ula: True patience is to be calm and composed during the first strike of a calamity.” But all she could her was herself stifling the screams, all she could see was herself drowning in an abyss of never ending grief at the loss of her beloved as her kingdom of dreams collapsed into ashes, mingling with the sand of the dunes that they had dreamt of together…

Their hearts of gold don’t tarnish; yet the pressures and blows that have dented their surfaces serve as proud reminders of another achievement and accomplishment. Dents that are reminders to these war-torn survivors who silently celebrate their victories.

‎They are people who, when bricks and rubble are thrown at them, they pick up the bricks and make a castle, no, they make a kingdom. A kingdom that is ruled by Divine laws. They measure all their actions against the yardstick of the Quran and Sunnah.

‎They are people who still believe that Allah’s laws are all manifestations of His mercy and love for us and that He didn’t create us to torture us. ‎They are people who love wholeheartedly and believe that the best things in life are intangible and abstract. They are people who come out of Fitnah-ridden societies unscathed and untouched by Shaitan’s call, and by the demon of desire. They hold on to His rope that keeps them moving forward, and no matter how much they stumble and slip on the cracks and pit holes of the Dunya, they pull themselves back up with a heave because the thought of Heaven is like a magnet-a force they can’t see but it pulls and tugs and calls and beckons.

Driving his family’s van, he revised Arabic verb charts under his breath as his mother gently reminded him to drive carefully, accompanying him on his daily journeys to Makkah, the city of guidance… His sister and her friends warming into their post Fajr conversations that spanned from Hijab stories, youth leadership, revision schedules, and Sahabi obsessions, scribbling miniscule questions and ideas that were borne of the discussions, religiously ticking them off as answers and solutions were attained from the Beacons of Noor that inspired the minds of these young girls, leaving behind traces of this light flickering furiously in every atom of their beings, shining through exactly when they needed it…

‎They are people who spend long, dark nights rubbing their foreheads on the ground in Sujood to Allah while the moon and the stars bear witness to their pain, suffering, sighs and complaints while they beseech the One who hears the whispers from a broken heart. They’re weary and tired, yearning for Him. They see His blessings pouring down on them from everywhere and they have a zeal and vigor to selflessly give something in return, something beautiful, just like their hearts.

They are people who know the meaning of the word Dunya.  They feel like strangers, and they desperately search for reminders of their real home. Their real home in Jannah where there will be no fear, grief or regret. They long for it and cannot stand the thought of being deprived of it.

These people carry Islam like they would carry hot coals. ‎It hurts them and it’s painful but they do it for a higher objective. They are the ones who have tasted the bitterness of desire and the sweetness of faith. ‎And they realize that it’s all a test, and they cherish every moment of it-the bitter and the sweet- because they do it for Him, and they seek comfort and solace from the Highest source of love and protection.

‎And when they’re in Jannah through Allah’s mercy; they will look back and be glad they did what they did. These are the ones who truly believe Allah’s promises, and know that He’s the only one who ever keeps all of His promises. They long for peace and tranquility and love and they know that they’re doing alright because the Dunya was meant to break hearts; and the words of Allah give balm to their burning hearts…

“Oh mankind! There has come to you a good advice from your Lord (the Quran), and a healing for that which is in your hearts, it is a guidance and a mercy for the believers.  Say: In the Bounty of Allah, and in His Mercy;therein let them rejoice. That is better than the wealth that they amass.” (Surah Yunus: 57,58)

Shaheera Vakani is a graduate of Umm al-Qura university with a diploma in Arabic and Islam. Born and raised in Saudi Arabia, she currently lives in Toronto with her family. She is a homeschooled hermit, a wordy wife and a multitasking maniac. Aside from pursuing an undergraduate in Child and Youth Care and participating in the Access program from Bayyinah Institute, she is an entrepreneur running her own online academy and blog. She's obsessed with hoarding books, Arabic calligraphy and chai with halwa. She joined MYM to connect with other Muslim writers and hone her craft. 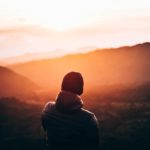 Where Will You Turn? 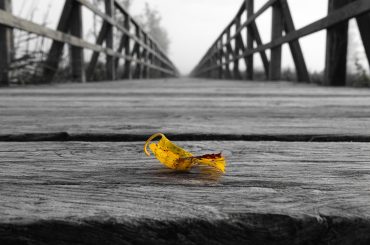 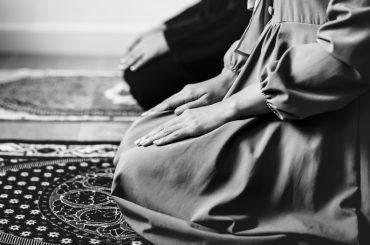