On Being A Woman

Here I am on my soapbox again, bringing out my feminist writer’s pen. Angry and irritated? Yes I am, and don’t tell me not to raise my voice just because I’m not a man.

I would much rather make my own mistakes than be controlled by yours. And wearing red lipstick or having desires are not things for you to abhor.

Every intelligent, carefully formulated sentence or thought is interrupted, because God forbid if anyone were to perceive our opinions as important. No matter what we learn, absorb, or regurgitate, we will never be good enough. No matter what we wear or cook, we are reduced to nothing more than “hot stuff”.

Often, everything we are at face value is all that we are, so being called “hot stuff” is not an honor we receive either. Because we could always be better, thinner, prettier, finer.

Your flirting behind a text message is not perceived as manly or brave. It is pathetic and despite what you think, you are the one who needs to be saved. Not us.

The second we pass up the offer, because we know we are worth more, you and all of our friends bash us, say that we are imagining things because we chose not to be yours.

“I’m sorry if you thought that’s what I was implying.” Oh yes, because calling me beautiful, adorable, or cute repeatedly is meant to be casual with no meaning underlying.

The second we stand up for ourselves, we are no longer any of those things. Instead, we are crazy. The minute we begin to fly, someone makes sure to clip our wings.

All because we said no. All because we asserted that we have a choice. And we are left bleeding on the ground. Something to impregnate, someone to walk away from.

We are not your teddy bears to be poked, prodded, chewed up, and frayed. We are not your last resort, your second choice, your backup plan, or your favorite sport.

We are a set of ideas, humans of beauty, and creative minds that have trained themselves to maneuver the cruelty and be cunning in a world not made for womankind.

We bear you in our wombs for nine months only for you to tell us that we are beneath you because we came from your ribs. We are not inferior to you. You are a part of us.

This is not just about me.

This encompasses the stories of myself and the hundreds of women I have met, read about, and encountered .

It is infuriating that Islam, a religion which gave us the tools and laws to empower women, now has become the worldwide symbol for oppressing them. I am not just talking about hijab. I mean domestic violence, unpleasant Facebook interactions from both people we know and don’t know, and our Muslim countries being in the top ranks of pornography use. I’m talking about practicing guys flirting with other practicing girls over Facebook and then getting offended when she takes a stand about her discomfort. I’m also talking about masaajid, where women in board meetings are constantly interrupted, where all-male panels turn away from the notion of a woman being included, where a woman that was initially allowed to speak to a Muslim audience is later kicked off because her beauty is “too distracting.” Whatever happened to empowering our Muslim women and teaching our sons to lower their gaze? Whatever happened to chivalry, modesty, and the respect that the Qur’an teaches us for our mothers, sisters, and wives?

A privileged group is not allowed to tell an oppressed group that they are not oppressed. Therefore, if you are a man and reading this, I advise you to simply internalize, reflect, and if you feel so inclined, to keep yourself in check.

If you are a woman, I hope you find some comfort knowing that there are women out there who do not tolerate this. Stand up and raise your voice too. Let the dialogue become a steady hum until people start to open their eyes. Our Muslim women hold a high place in society and it’s about time that both men and women acknowledge it. 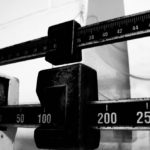 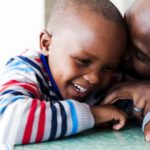 A Letter to My Son 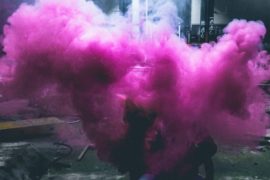 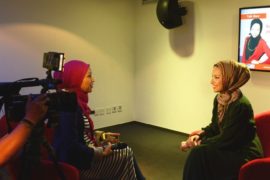 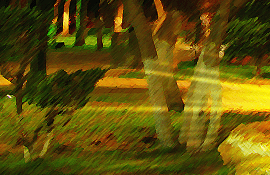