Service for Humanity: My Experience in Baton Rouge

“That’s the house about a quarter mile straight ahead, and that’s actually their car right there.”

I looked to my right, as we got closer to the house, and saw a black Toyota SUV sitting on a small hill, with its front bumper all the way in the dirt.

“That’s their car? You’re telling me that thing floated from their driveway, to a spot a quarter mile down the road?”

The nod of the head I got in response was the first shock of my first day in Baton Rouge, Louisiana. The next was walking into the beautiful, elegant home of a Muslim family, and finding out that they didn’t have flood insurance, since they didn’t think to get any, due to their living in a non-flood zone area. I was shocked to hear that they would have to foot the repair bill entirely on their own, and that the estimates were coming out to be over $50,000.

My being in Baton Rouge was no accident. I had been brought out there by the organization I proudly work for, ICNA Relief, to work on Disaster Relief efforts since I had been previously certified in Disaster Response with UMR, another relief organization. However, no certification could have prepared me for the things I saw in the six days that I was there.

In the limited time I had, I went from house to house, evaluating and “mucking and gutting out” people’s homes; tearing out drywall, throwing out furniture, shoveling out dirt, and ripping up floors. Each and every single time I did it, each time we went to a new home, I couldn’t help but feel humbled. Every family we met with was so strong, and so patient and steadfast and kind, it was hard to believe that they had just lost everything they knew and owned. I knew each wall I tore down, and each piece of furniture I threw out had a memory attached to it, and I was probably more hesitant to throw things away than they were. They were ready to move on.

In truth, the whole experience took a heavy toll on me. The nightmare would be over for me at some point, because I would get to go home to Maryland and I could lie in my comfortable bed and forget about it all. But these people, those whose families and businesses and communities were affected by the 6.9 trillion gallons of water that fell in six days, they didn’t have it so easy. They had to deal with the effects of what scientists were calling “the flood of a millennium”. They would have to restart and rebuild their lives from the ground up, and that was if they had insurance! For the rest of the majority of residents, they would have to take out loans, dig a hole for themselves before they could get back to work, and try and pull themselves out.

The most powerful moment I had that week was when I recorded a testimonial from a sister whose house we had just gutted out. As I lowered the camera, she began to just say alhamdulilah repeatedly, and she began to tell me how they had been displaced during Katrina before, when she was eight and a half months pregnant, and they had to move to Georgia to start over. She told me how her daughter was born deaf, and that she had to take care of her while starting over again in Louisiana in a new place with no family around. She then looked at me, and she said something I’ll never forget: “You did a lot, more than I would have ever thought, more than I thought anyone would do for us…You guys have done more for me than my own family would have…God bless you, so, so much.”

I’m back now, but the memory of the work I did, and the people I met will never leave me. That much I know. We can’t quantify what it means to someone for us to be there for them in their moment of need. There were so many people who just hugged me and thanked me for being there when I told them I had come from Maryland to help out.

More than my helping others, the truth is the experience helped me much more than I thought it ever would or could, for that matter. I learned it’s when people can come together to make the best of an extremely difficult situation is when we’ll be able to build everlasting bonds with people. That’s how we spread Da’wah, and can show people what Islam is really all about. That’s how we live the verse from Surah Ale-Imran, where Allah (glorified and exalted be He) says:

“You are the best of Nations brought out for the people; you enjoin good, and you forbid evil and you believe in Allah.”

While there, Arif Ali, our team’s Lead Responder, told me about another incident that occurred after the flooding in Houston. They went to the home of someone who had registered as being in need of assistance, and when they knocked on the door, they found it was an elderly white woman, and she seemed very afraid. Admittedly, she was still recovering after a disaster, and had just opened the door to find a gaggle of big-bearded, brown skinned men in front of her house, but nonetheless, Arif began to speak to her, asking what they could help with. Blocking the door to prevent them from entering, she mentioned that the backyard needed some cleaning, and then closed the door in there face. Undeterred, they got to work, cleaning up the entire backyard that was full of trash, trees, and a myriad of other items. When they finished, Arif went to let the woman know that they were done, and she once again brushed him off quickly, and closed the door. As he began to walk back to his truck, the front door burst open, and she ran out, apologizing profusely.

Confused, Arif asked if she meant to say thank you, but her response is what really struck him, and struck me when he told me about it. She said, “No, I’m sorry because where I used to live before, there were some Muslims who were trying to build a community center, and I was actually part of a group that opposed them, and we succeeded.” She sniffled through, and continued. “I know now that everything I thought before, isn’t what you’re about, and I know now what you’re really about and that Muslims are amazing people.”

To use artistic license, moments like that are “one small step for mankind, and one giant leap for Muslims.” It’s time to stop ignoring our neighbors at home, as if there isn’t any difficulty here in the United States. We all have a lot of issues, but with this deen, and by being there for people, Muslim and Non-Muslim alike, we can truly make a difference here, and earn Allah’s pleasure by showing people what the example of the Best of Mankind, the Prophet ﷺ, looks like on a daily basis.

An eclectic individual at heart, Haris Qudsi thoroughly enjoys writing about himself in the third person. Armed with a cavalcade of dry wit and an extensive vocabulary fueled by a love of reading, Haris often confounds those less well versed in the English language with his choices in verbiage. Haris joined MYM to continue to pursue his passion of working with Muslim youth to help them with the contemporary issues faced by young Muslims in the West and help bring them closer to Deen. As for his current daily endeavors, Haris studies at the prestigious Al-Rahmah Seminary, where he hopes to hone his skills in the Islamic sciences under the guidance of a multitude of amazing Mashaaikh, and one day become an Imam inshaAllah, so as to continue in the work he is passionate for. Enraptured by the Baltimore Ravens in his free time, Haris also enjoys spending time with friends and family, volunteering at his second home, the Islamic Society of Baltimore and schooling suckas in Madden. 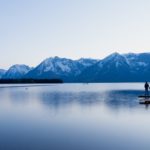 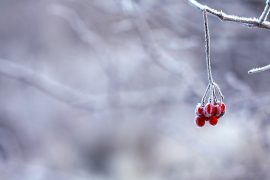 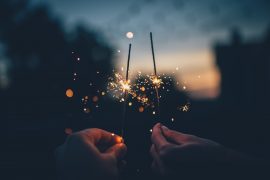 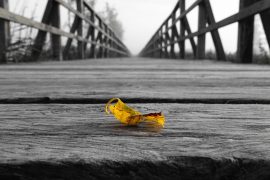